The Lok Sabha on Wednesday passed four crucial legislations to introduce a countrywide GST BILL 2017 bringing India closer to a unified tax regime and while putting an ending uncertainty since last few years.

Now as the bill has been passed, Govenment will prepare roadmap within few weeks to implement GST all over India.

The date of imposing GST is 1st July, 2017 and all states in India have to follow the pre-defined tax structure from 1st July onwards.

Government also will make procedures and guidelines for compensating the states which will be affected by this change in Tax structure.

With a view to keeping inflation under check, essential items including food, which presently constitute roughly half of the consumer inflation basket, will be taxed at zero rate.

All other goods and services will be classified in various slabs.  A four-tier GST tax structure of 5%, 12%, 18% and 28%, with lower rates for essential items and the highest for luxury goods that would also attract an additional cess.

Demerit and sin goods such as aerated drinks, luxury cars, tobacco and pan masala, a cess will be levied by the centre over and above the 28% slab.

The cess will be levied in such a manner that the final tax incidence on such demerit items is not less than the existing tax rates.

Now here is the classification of goods to understand better :

So, consumers will be getting essential products at cheap rates after 1st July, 2017. 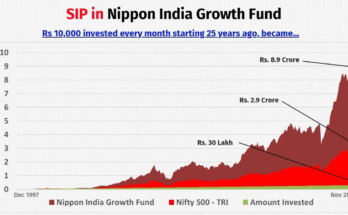 How SIP is Best Investments, see with Proof.